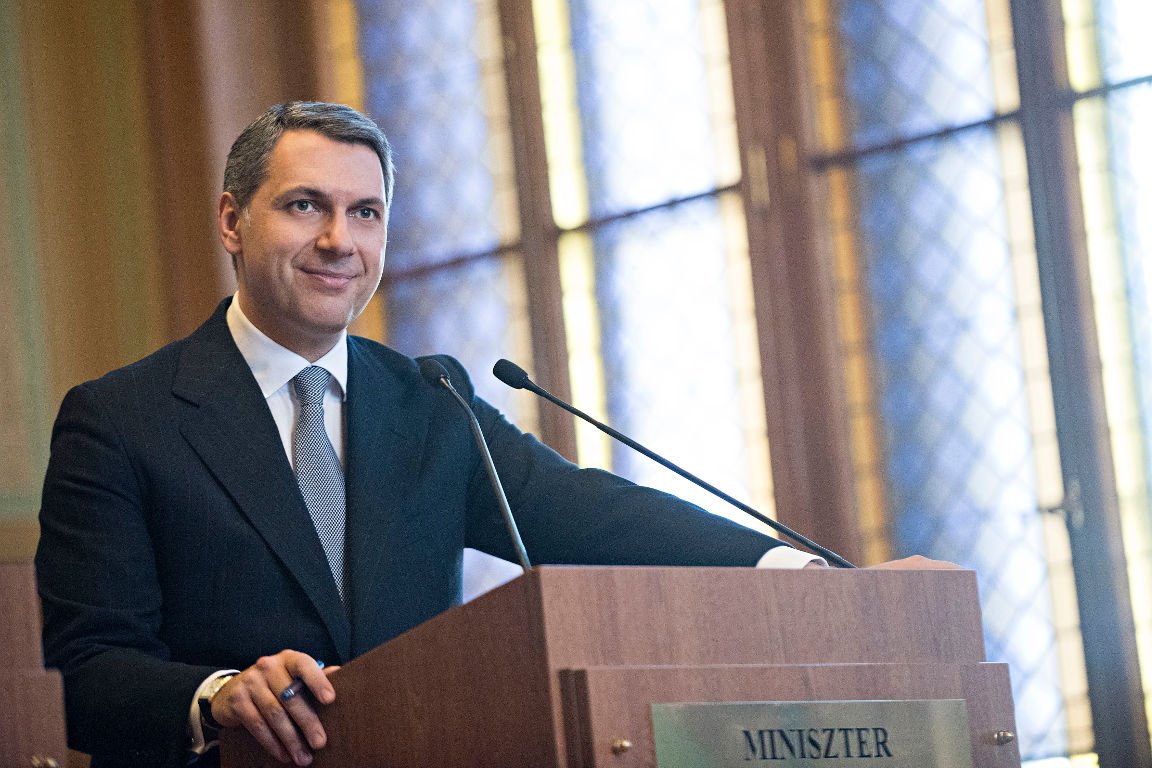 I am Hungarian and a Christian, a citizen of the Great Hungarian Plain and a European. I am also a husband and a father, and as a politician I fight for our children to prosper in their homeland, as members of a peaceful and thriving nation.


I am Hungarian, proud to be a citizen of my homeland and proud of its national culture. I consider every aspect of the one thousand years of Hungarian identity to be my heritage: I take strength from our chapters of glory, and strive to learn from our failures. I raise my sons to see role models in those Hungarians who have achieved great things, and to always stand up as patriots for their fellow Hungarians – regardless of whether they live in Hungary, in former Hungarian territories, or anywhere else in the world. For me a nation is more than simply a group of people who happen to speak the same language: each of us bears responsibility for all the members of our nation. We belong together.


I am a Christian. I believe in God and I believe in Jesus Christ and his teachings. In my opinion neighbourly love is the most beautiful possible expression of solidarity. I believe that in some mysterious way the fate of a person is linked to the fate of others: if you help your fellow human being, your own life can also be better. I believe that in a Christian country, in a community of compassionate people, no one should be without food or shelter, and no one should be abandoned to loneliness. My Christian outlook on life is the reason I became a politician. I seek to live out my faith in deeds as well as words, acting on behalf of both my close and extended community. I believe that compassion and solidarity have the power to lift everybody – wherever they come from, and whatever circumstances they have inherited.


I am from the Great Hungarian Plain, yet I am also a citizen in every sense. Countless bonds link me to the farming culture of the region I was born in and to the world of my tenacious, hard-working forebears – with their reverence for Nature and the soil. This is the culture I come from, and I do not seek to cast it aside, but to preserve and enrich it. Neither have I ever, for a single moment, accepted the right of any representative of any power or worldview to look down on people of the countryside as second-class citizens. I believe that the people of all the Great Hungarian Plain’s settlements, of whatever size, deserve access to the same public services and opportunities as those enjoyed by our fellow Hungarians in the cities – whether in terms of more jobs, public transport, education, health care, cultural or sporting facilities. Both as a local and a national politician I am working to ensure a Hungary in which no one needs to leave their homeland in order to live as a modern citizen.


I am European. My Hungarian and European identities reinforce each other. I am proud of what the Hungarians have given to Europe over the course of one thousand years, and I am also proud of what the Hungarians have received from Christian Europe. Our great shared heritage, our way of life and European traditions, are facing threats and challenges that have not been seen for centuries. I support a political approach that is courageous, and often rebellious: one that is prepared and equipped to act vigorously in defence of a Europe based on Judeo-Christian foundations and in defence of the European way of life and culture. I believe that Europe’s strength lies in it being an alliance of sovereign nation states. I consider the continued fight to protect Hungarian sovereignty to be part of efforts being made to renew and strengthen the European community. In my opinion a stronger Hungary means a stronger Europe. Indeed Europe must gain in strength if we are to prevent the 21st century from bringing European history to an end.


I am a husband and a father. I am working for a Hungary in which young people want and venture to start families, because they know that they can count on the support of the state and society. I believe that the elemental building block of human communities – including nations – is not the individual, but the family. This is why I think that the most sacred duty of politics is to support families and those who want to start families. I do not believe in “the nanny state”, but I do think that the state should behave like a responsible parent: bearing responsibility for the coming generations in the way a mother or father bears responsibility for the fate of their children. As a politician, one of my most important goals is to ensure that no child should have their fate already determined at their moment of birth. To be born Hungarian should mean only one thing: to receive the opportunity of a fulfilling life.


In putting my beliefs into practice I have found like-minded, cooperative partners and allies in the political community of Fidesz-KDNP.


Whatever position or role I have in public life, I consider it my duty to be a bridge between the national and local levels of politics: in Hungary – and even in Brussels – I represent local interests, while I also aspire to make a valuable contribution to the work of finding solutions to shared challenges at national or EU level.


I am Hungarian and a Christian, a citizen of the Great Hungarian Plain and a European. I am a husband and a father, and as a politician I fight for our children to prosper in their homeland, as members of a peaceful and thriving nation.